Hey sewing/blogging friends! It's been a while! I wanted to let you all know that I haven't forgotten you, and to let you know what I've been up to in the last three weeks. Part of my blogging absence has been due to some sadness. Mr. Sew Rachel and I lost our very special pet Filbert to a difficult illness. He was such a little fighter! He will be very, very missed but I'm glad he doesn't have to fight it anymore. At the same time my grandfather took very ill, and the hardest part with that is the lack of answers regarding what the future holds. We are very close, so it's been tough stuff...

It's been really nice to be able to sew during this time. I made my sister a neon, coral top out of the same rayon fabric I used for my 2nd Ella Tank. I used my McCalls 6751 pattern, adding about 4 inches of length to front by copying the shape from the Ella Tank hemline. Of course, it looks great on her! I also sent her some undies made from the Ohhh Lulu Grace Pattern and some awesome GirlCharlee.com feather-print fabric.

She also sent me this picture the other day, rocking my first Ella Tank and the fold-over tote I made for her for Christmas! And the Grace Hipsters that you can't see :)

I have been working on a bombshell-inspired tankini, which originally I was altering a dress pattern to create. So I was pretty excited when Simplicity came out with pretty much the exact look I was trying to achieve!

I measure at size 14, which according the pattern showed the negative ease you want from a stretchy fabric, but when I stitched up the bust it was GINORMOUS! I took out about 4 inches all together from the side seams, and it's still too big. I sewed in some bust cups that I had cut out from an old bra... and still too big! 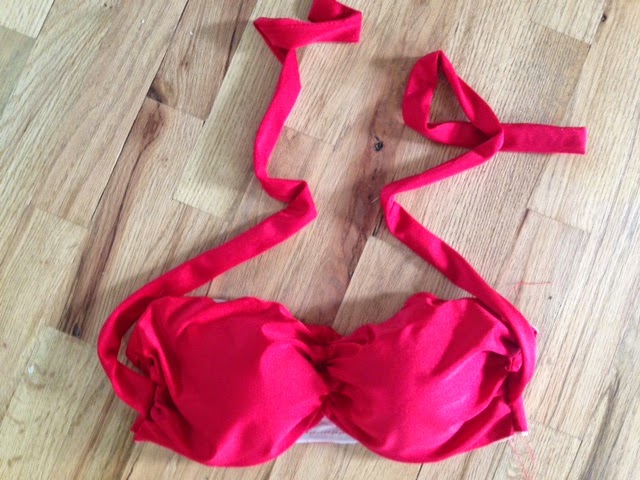 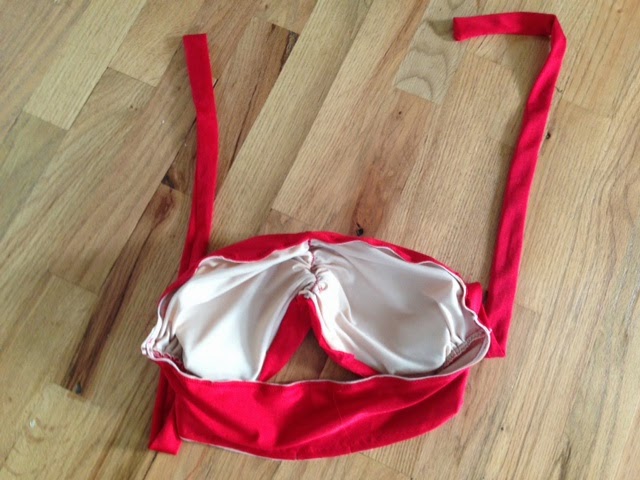 So I tried on the test garment I had started last year for modifying  Kwik Sew 3761, and found that this had more bust support without cups than the Simplicity pattern had with cups! Plus, the Kwik Sew pattern has separate bust lining pattern  (vs. just a second layer of ruched fabric the same as the main fabric) pieces which not only supply more support on their own, but are the perfect shape for sewing in swimwear cups. So I'm ditching S1374 and continuing with my original plan. 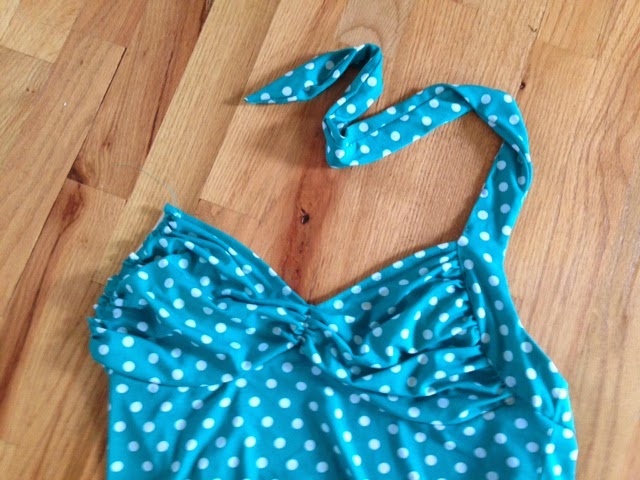 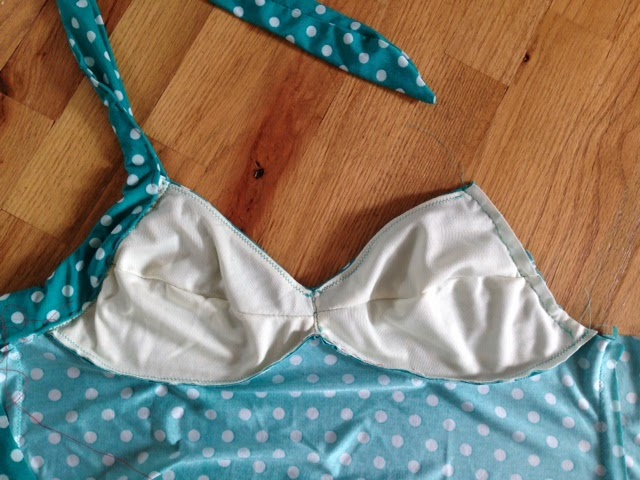 I've also been working some more on my project combining my fine-art practice and my sewing practice. I won't be fully revealing the project until early fall, but until then here's a sneak peak!