sewing pjs for me!

I made something for me! TWO somethings in fact! I've discovered I only have one pair of sleeping shorts for summer, so I made myself a couple of pairs fairly quickly. Each took about an hour and a half. 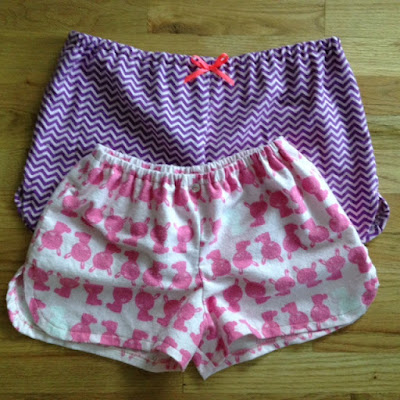 I used McCalls 6848, a super simple pattern with only two pieces. I didn't even look at the directions because they are pretty straight forward. I made the purple pair first from some fabric in my stash. They look bigger because I decided to tighten the elastic on the second pair. I made them first without any alterations... I mean, they are sleeping shorts! What fitting should they need? Turns out, there was way too much extra fabric in the front rise/crotch. How is in that this is always an issue when I make something from a commercial pattern, yet never in ready-to-wear? Am I the only one noticing this huge difference in fit between what pattern companies are designing vs. clothing manufactures? 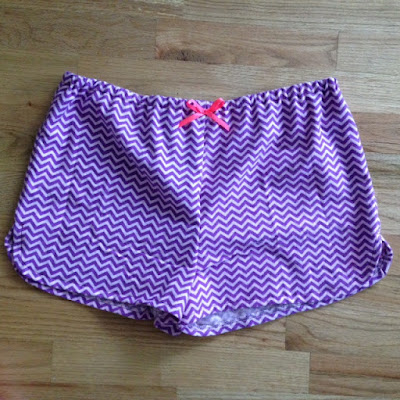 For this pair, I remedied some of this by scooping out the front crotch to remove a little extra fabric. After a little research, I decided to take a wedge out of the front pattern piece before cutting into my next pair. I slashed the pattern piece along the hip-line, overlapped at the center front seam to remove a lot of fabric, and redrew the crotch curve with addition scoop. 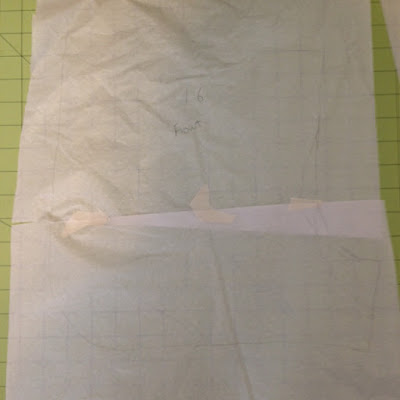 Over all better, but I think next time around I will also do the exact opposite (slash and open along the back center) to give a little more room in the rear. What shape does McCalls think I am anyway? And does anyone know the correct term for these alterations so I can research it more?

Next up, some more simple basics. I don't have the time (or more importantly, focus) that I used to for more complicated sewing projects in between my Filbert & Maggie sewing, so next I may try the Scout Tee, and still looking for that perfect pencil skirt pattern. Until later!