A finished piece to show you! This time it's the Lemon Drop Top by Skinny Bitch Curvy Chick. This pattern company specializes in patterns for petites, which is awesome for me! I'd been hesitant to try them, in part because their product photographs don't do much for me... I want to see what it looks like on real person, but for Sewing Indie Month I decided to give them a try. Plus I was looking for some easy basics to sew for my wardrobe. 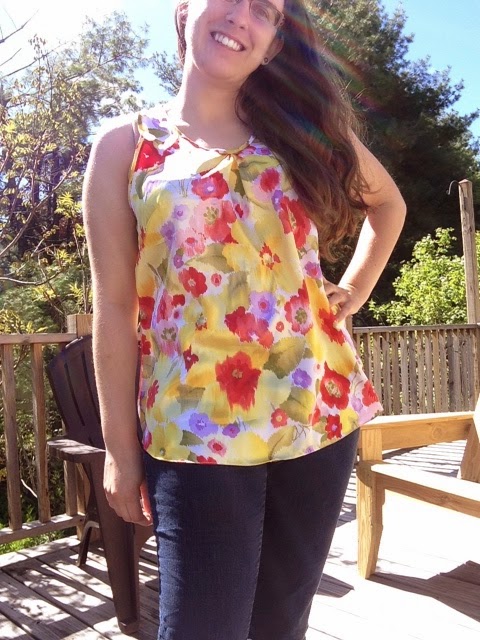 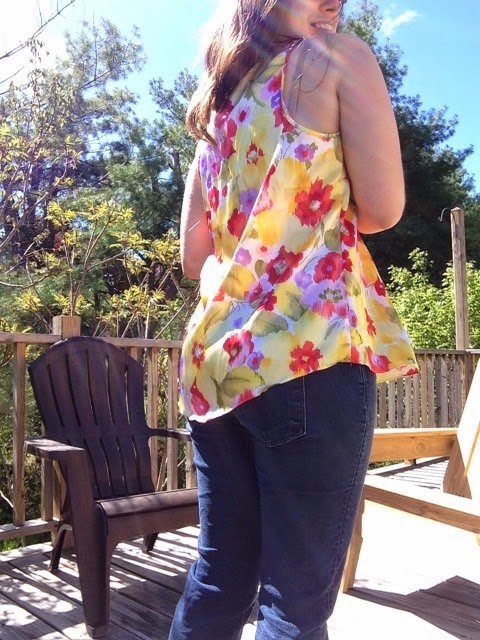 The fabric is some silky, synthetic from Joann Fabrics, that actually sewed up well and feels nice on. I had bought it originally for some silky pajamas, and I think I still have enough for a set! And check out the proportions! I don't look like I'm swimming in it, or like a kid playing dress-up in their mother's clothes! The shoulders are not too wide, and the neckline not too big! 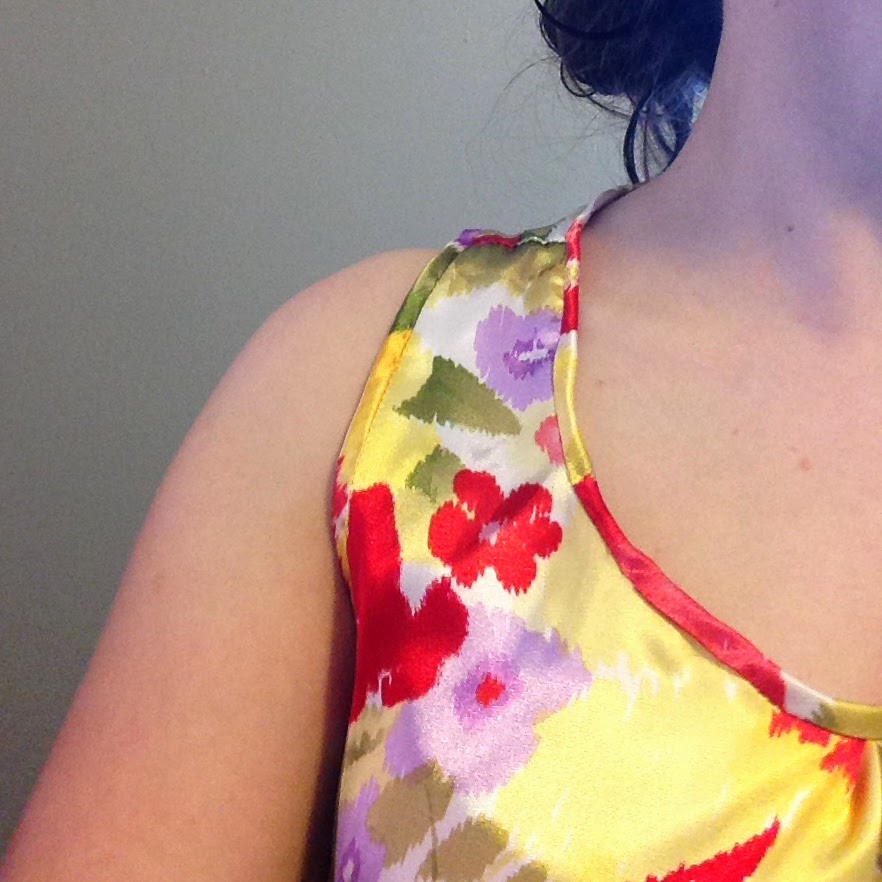 I like a bound neckline, even if this one doesn't lay perfectly. I sew bias strips to the front first on the machine, then hand stitch it on the underside. 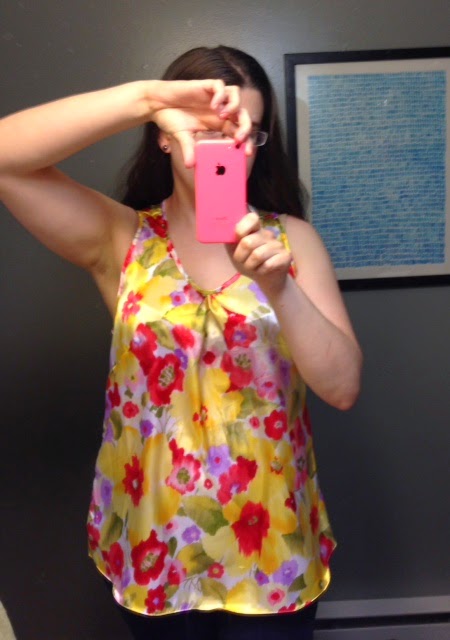 I attempted a machine-rolled hem again. It came out a little uneven, in part because I had to cut off my first attempt, but for a casual top I'm not bothered.  I'll also need to snip off some shaggy bits that stick out from the tiny hem. I'm getting better at it every time, and still prefer it to traditional hemming with a fabric like this! 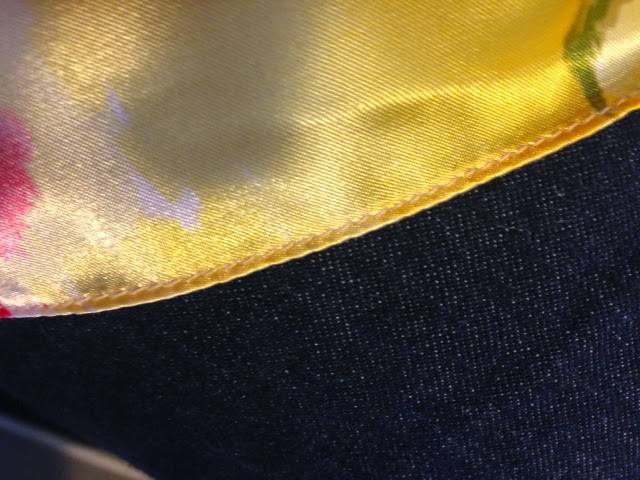 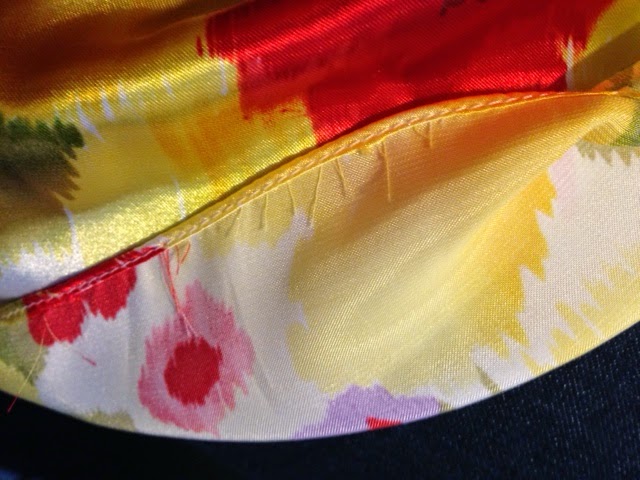 I will for sure try more SBCC patterns in the future! Unfortunately there doesn't seem to be too many SBCC makes around the blog-o-sphere to check out. Have you ever made one of their patterns?