I'd hinted a few posts back that I had another StyleARC pattern in the works, and here it is! The Marie Jacket! I still need to hem the sleeves but wanted to show your right away. 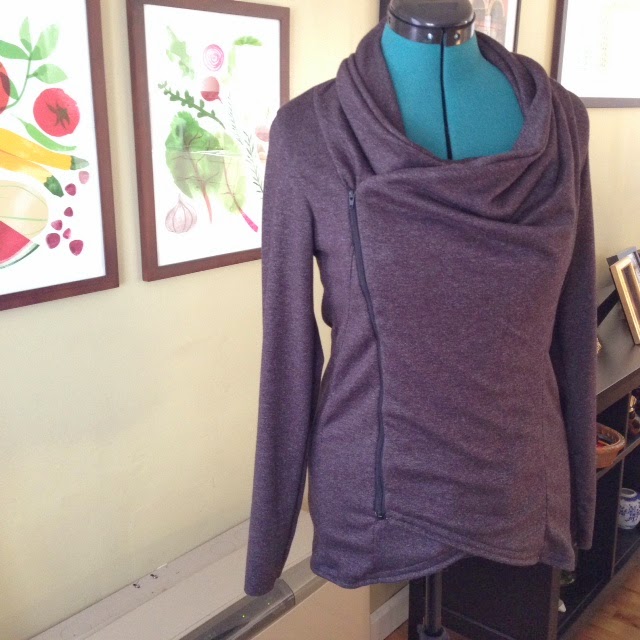 Other bloggers have also noticed that the jacket has much more of a hi-low hem that the illustration suggests, and it's very long.  More on that later...

I used a really lovely, fairly thick, heathered charcoal grey knit from Joann Fabrics. I love this fabric! It has a metallic thread throughout, and washed, cut and sewed beautifully. The pattern calls for a snap to hold up the cowl when zipped, but I decided to try a magnetic clasp originally sold for handbags. It's a little heavier, but I think a fun detail. I was inspired by the same closure in my sister's Modcloth Jacket... in fact her jacket inspired the whole make! 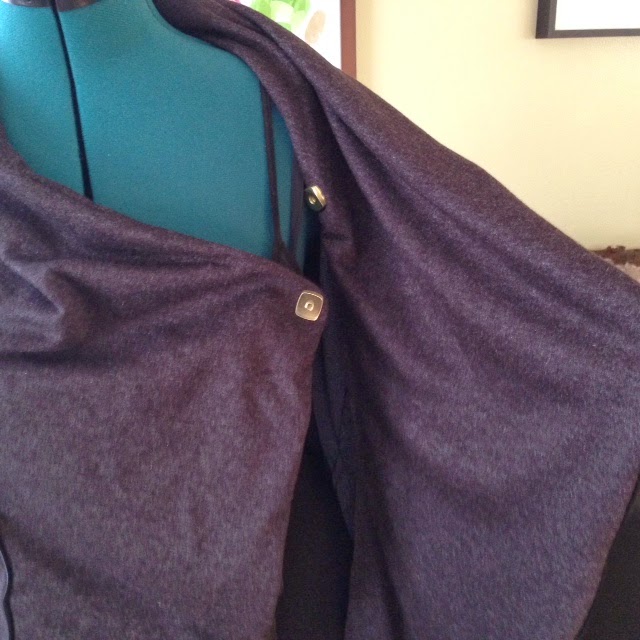 When first constructed it was too big overall, so I re-set each sleeve taking out 1 1/4", took in just shy on an inch on each side seam and 1/4" in the sleeves. Still, after all that work it just wasn't very flattering.

One, it's really long. That's not a surprise for me. The hi-low hits unflattering in the front, and completely covers my butt, and not in a cute show-it-off way. The cowl ended up bulky, with four layers when zipped of that nice, thick jersey. Even after taking things in, it doesn't fit snugly on my shoulders or waist, instead choosing to enphasize that pudgy ring between my bellybutton and lack-of-hips all the way around. (Yes, I am implying that my jacket has a mind of it's own and is choosing to hug my unflattering bits...) And maybe it's just overall too much fabric for my small frame. So I see two options, send it to my sister (same measurments, but 7" taller and a great hoursglass shape), or shorten to a bomber-style length. At that length, I would be cutting it off above the area it unflatteringly hugs, the rest of the jacket having about the same amount of ease.

So what should I do? Send the longer hi-low version to my sister, or alter it to a shorter bomber jacket?